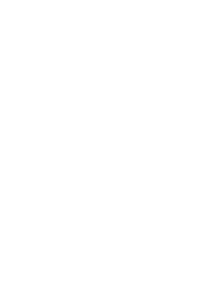 Becoming a Parent through Surrogacy after Cancer

When I was diagnosed with ovarian cancer in 2004, my oncologist didn’t bring up the topic of fertility preservation. I asked my surgeon about it when he suggested a full hysterectomy was the recommended course of treatment for my cancer. He replied that due to the cancer being in both ovaries it was not in my best interest to stimulate them for egg retrieval, and when the final pathology report determined that there was no healthy tissue and both of my ovaries needed to be removed, I learned that preservation was not an option for me.

It took me some time to come to terms with my resulting infertility. Wasn’t it enough that I had cancer at 26 years old? Wasn’t it enough that I had to endure multiple surgeries, chemotherapy and early onset menopause? How does a woman accept that her body isn’t capable of childbearing, something for which it’s intended? As I grappled with these questions, I experienced some anger, sadness, and loss. As I watched close friends and family easily conceive naturally, I struggled with feeling jealous and resentful. It was hard to share in their joy when my inability to conceive made me feel more isolated from my loved ones.

I wasn’t comfortable sitting with these feelings for too long. Who wants to walk around feeling angry and bitter at the world? Instead, I used them to mobilize and start advocating for myself (and eventually others). I opened up to the thought that just because I was infertile didn’t mean I couldn’t become a parent. I had finally stopped feeling bad for myself and was ready to move forward.

After I began communicating more with my husband, our support networks, and my doctors, I felt as if I was ready to head down a different path to parenthood. As I started doing more research, my feelings began to change. Over time, I became less angry and more hopeful. I stopped feeling sad for myself and started being open to all the potential positives that could come.

My husband and I decided that surrogacy with egg donation was the best route for us to become parents. I had some fears about how I would feel toward our egg donor and surrogate, women who were capable of creating a child when I couldn’t. I was worried that I would feel negatively toward them, but I didn’t. I was overwhelmed with appreciation and gratitude. If it weren’t for these women, I couldn’t have become a mother to the most precious little boy, or experience being a parent.

Cancer did take a great deal from me, but it also gave me so much back. I am privileged to now be working as an outreach coordinator for a surrogate parenting agency and provide information about this amazing family-building option after cancer.

For more information from Jen, find her on Twitter: https://twitter.com/jen_rachman 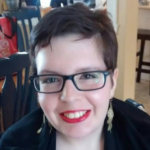 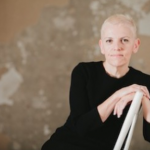 You and Me and Baby = FamilyCurrent Blog