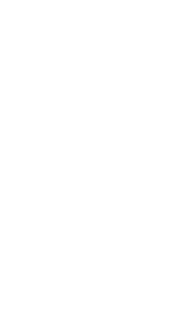 Diagnosis or a Bad Dream?

I met my thoracic surgeon (December 26th, 2011) and it did not go very well. This small little woman is stern looking and has a strict hairstyle. She was very pressed for time. She even refused to sit down so that I could ask her a few things. She stopped only briefly and stood at the foot of my bed to answer my questions. She must first pierce my lung and then insert a drain, because it is full with over a litre of water. A routine operation, she says. I’ll be awake for the procedure, they only freeze the area they cut. I am terrified and this surgeon is not reassuring me at all. The staff have insisted that she is the best in all of Montreal. I really want to believe them, but she’s certainly no expert when it comes to empathy…

(January 8, 2012) My complete diagnosis is a lymphoblastic T-cell lymphoma. Such is life. The weekend is coming to an end, time has flown like an autumn leaf pushed by the wind that brings on winter. My heart is like the windows, I can feel the frost taking over.

I have to stay serene, though, as I face the eternal darkness of winter. I must think about the spring that will be so good for me, that will melt the frost and give new life to hundreds of flowers of all kinds of beautiful colors… I will hold on to this idea as I take off to tackle the winter.

My first day of isolation in the hospital was pretty rock and roll. (By the way, it’s pretty rare that people are put into isolation for chemotherapy treatments, but my illness is so acute that I’ll need draconian doses of chemo.) I’ve chosen to increase the chances that the illness won’t come back to attack me within the next 5 years, by accepting a trial treatment for adults involving extra strong doses of chemotherapy. While this treatment has been given to children for over 10 years now at Ste-Justine, it’s the strongest of doses ever given to adults. More medication means more harmful side effects, but without them there’s more than a 60% chance that the illness will attack me again in under 5 years. If that happens, there’s nothing more they can do for me with chemo, it’s a stem cell transplant that awaits me… harsh reality. With the trial treatment, I have an 80% chance that it won’t come back. I’m going to war…

They’ve also installed a pick line, a kind of vein that passes through my actual vein to prevent burning it during the chemo injections. It runs from my elbow almost all the way to my heart, and I’ve got stitches where they closed up the area where they inserted it. It hurts a little, but it’s tolerable. They’ve also taken some of my bone marrow out of my hip, that hurts quite very much, thank you! My morale is still good, but I’m pretty fed up with having holes poked into me everywhere, I feel like a spaghetti strainer!

I was given 2 corticosteroid injections (normally these are contraindicated but they act as anti-inflammatory agents on the cancerous mass) and I’ll get a 3rd this evening. This part of the treatment is spread out over 3 days before the beginning of the real chemotherapy. So far I’ve had very few side effects, which is good!

I also had a pleural puncture (or lumbar puncture) to remove liquid from inside of my spinal column and also to inject a chemotherapy agent. It’s a bit painful, it’s a little like the epidural you get when you give birth. With my imagination, the hardest thing is to fight off the image of my brain sinking slowly lower down into my skull as they remove the liquid! I also have to be given oxygen because there isn’t enough in my blood. All this on top of the fever, which gives me the sweats! I had never had a fever before, I’m resistant to it, according to the doctors. This illness has pushed my system, that I believed was invincible, to the very edge! But my morale is still good. Every minute of your life remember how beautiful life is, because it’s true, life is beautiful! 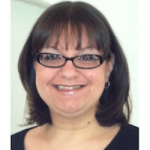 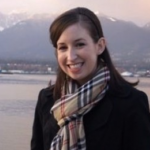